Team Category: Board of Directors

Home > Board of Directors 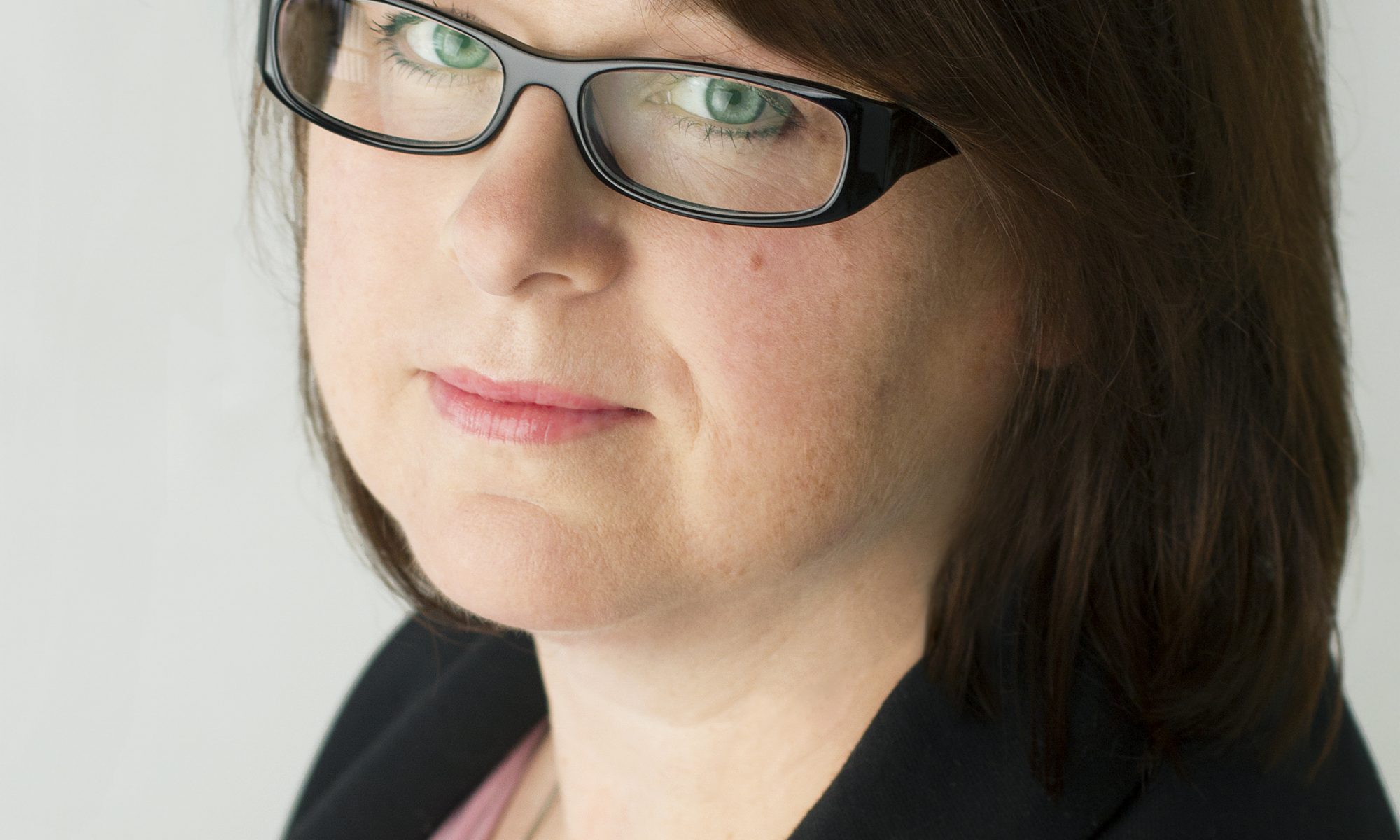 Before being named CEO of the Nova Scotia SPCA in September of 2013, Elizabeth built her career in the not-for-profit industry. Her professional focus was guiding organizational leadership to create and strengthen strategic partnerships, enabling them to become self-sustaining and thus, ensuring that their vital programs would continue to be offered in the communities they serve. Elizabeth’s strengths lay in identifying and developing unique revenue streams and encouraging collaboration among stakeholders to see them securely established.

It has always been important to Elizabeth that her profession leave a positive lasting impact on communities. Over the past 20 years her work has focused on improving the lives of people and animals in need – her passion for animals was likely derived from her childhood experiences being raised on the back of a horse by her equestrian coach Mum.

Since joining the Nova Scotia SPCA, Elizabeth has facilitated the merge of 11 independent SPCA Societies, combining them into one provincial organization which oversees the complete operation of six animal shelters. Elizabeth has built the business of the Nova Scotia SPCA to include: two veterinary hospitals, two veterinary clinics, four thrift stores, a windmill farm, and a professional inspectorate responsible to enforce the Provincial Animal Protection Act.

While Elizabeth has lived on both coasts and spent a few years working at the PEI Humane Society, she currently resides in Hubbards, NS with her husband, twin 16-year-old girls, dog, Hughie and two cats named Ruby & Max. 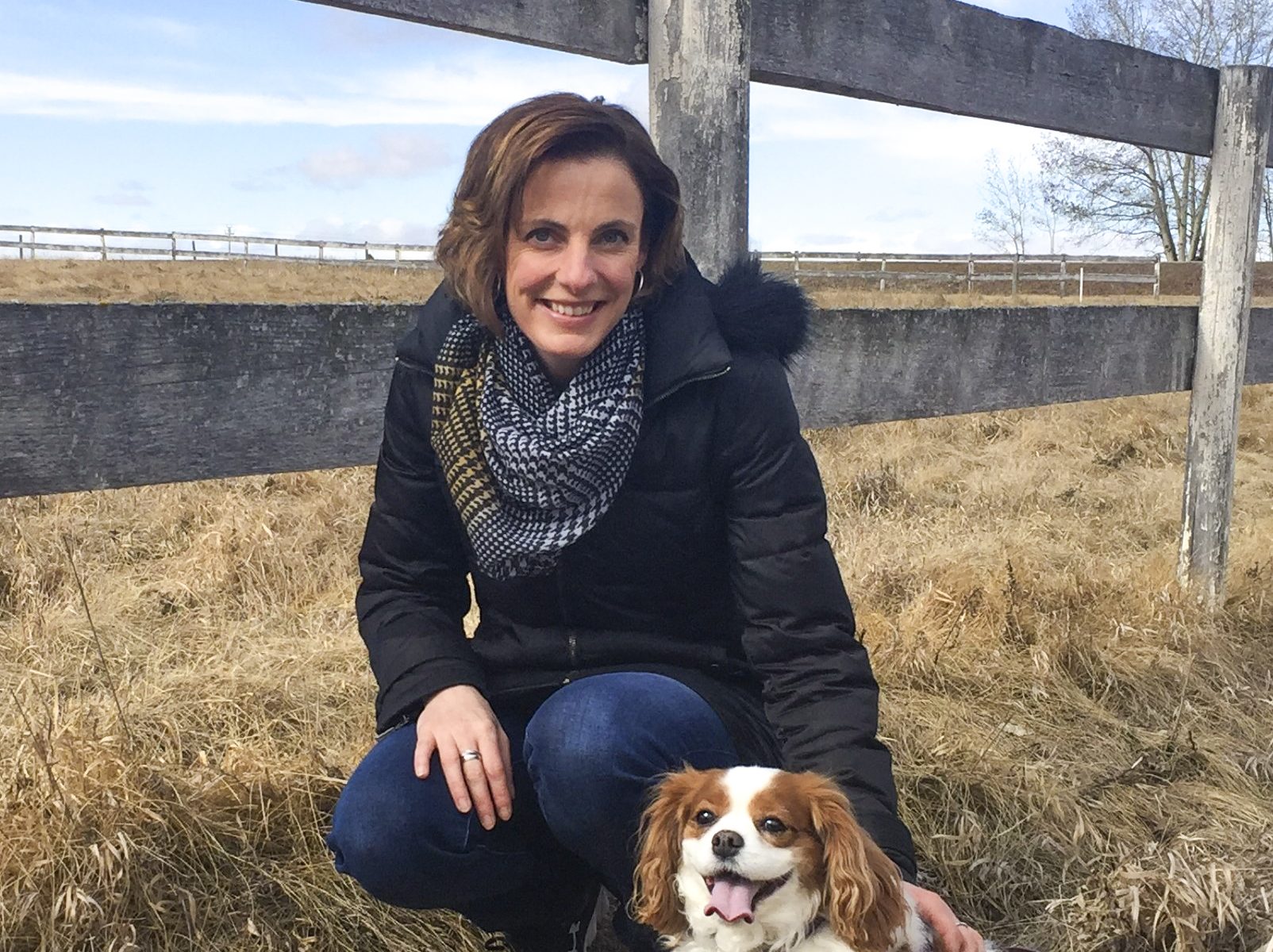 Carrie Fritz is the Executive Director of Calgary Humane Society, a position she has held since 2014 when she was promoted from the position of Controller.  Carrie is a CGA-CPA, who attended the University of Calgary and Mount Royal University, obtaining her accounting designation in 1996. She worked at a public accounting firm focusing on audit, assurance and business advisory services before making the leap from public practice to the not-for-profit sector, and finally landing at Calgary Humane Society in 2007.

This was the perfect role for Carrie; one where she could bring her lifelong love of animals, along with her extensive not-for-profit experience, to an animal welfare organization she already had a long relationship with in a community she had grown up in.

Since taking on the role of Executive Director, Carrie has focused on reshaping the culture to one which embodies an open, inclusive and supportive environment to aid in the Society’s mission of helping as many animals as we can.  She has worked to build a highly professional, highly skilled team, capable of successfully supporting staff, volunteers, and other key stakeholders through a period of transition and organizational change in order to better meet the needs of the animals in our care and the community we serve.

Carrie  lives just south of Calgary where she shares her home with her daughter, her two dogs, Daisy and Lacey, as well as her rescue rabbit , Winter. 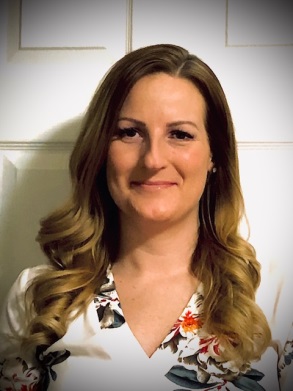 Lindsay West is the Director of Operations at the Regina Humane Society.  After spending a decade working in roles throughout the Society, she recognizes that working together with other individuals and organizations is what truly drives the improvement of animal welfare. Lindsay holds a Bachelor’s Degree in Biology, a Veterinary Technology diploma and is fiercely committed to improving the well-being of animals. She is excited to be a part of Humane Canada and its spirit of partnership and innovation. It is her hope that her membership on the Board will help positively shape a world in which all animals can lead a humane life. 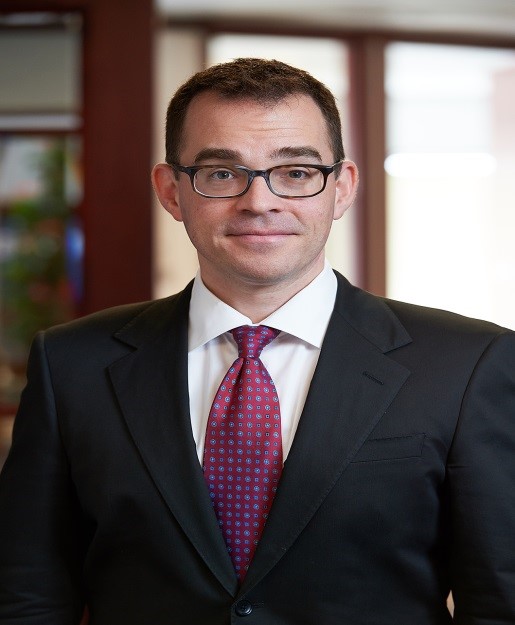 Kevin is an experienced civil litigation lawyer at Hill Sokalski Walsh LLP in Winnipeg.  He has practiced law in Ontario and Manitoba for over 15 years and his practice includes the growing field of animal law.  In 2012 and 2013, Kevin successfully represented the Story Book Farm Primate Sanctuary pro bono before the Ontario Superior Court of Justice in proceedings involving “Darwin the IKEA Monkey”.

He served as the Vice-Chair of the Animal Law Section of the Ontario Bar Association in 2014-2015 and regularly appears as a media commentator on animal law issues.  He is the Chair of the Winnipeg Humane Society’s Animal Protection Committee and serves on the Board of Directors. Kevin teaches Civil Procedure at Robson Hall Law School at the University of Manitoba and is a Presiding Member of Manitoba’s Co-operative Housing Appeal Tribunal. In 2017, he obtained his Master of Laws from Osgoode Hall at York University.  Each November, Kevin volunteers at Isla Animal’s Rancho Viejo Spay and Neuter Clinic in Isla Mujeres, Mexico.  Most importantly, he is the proud father of two vegan toddlers. 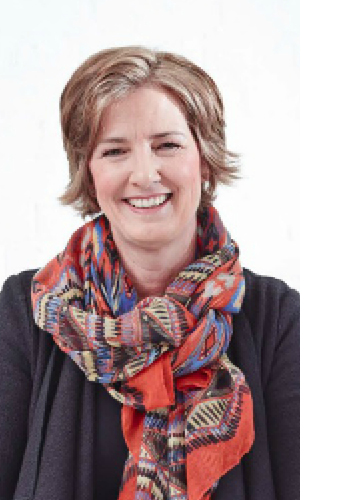 Anne Sutherland is a strategist, team facilitator and thinking skills instructor. She started her career in advertising, where she discovered her passion for human behaviour. Her 30 years in research and strategy were driven by her curiosity to uncover insights and make them actionable for companies like Bell Canada, lavalife, Unilever, Hudson’s Bay Companies, and Volkswagen. Anne taught Creative Problem Solving, Strategy and Innovation for 13 years at OCAD University. In 2014, she founded the independent school Thinking U – the critical thinking and creative problem solving studio where you learn to put best practices into practice. Whether through her consulting on new thinking or her volunteer work, Anne’s life passion is to help people and organizations imagine and then work towards a better world. She co-founded a movement called Citizen Capitalism that inspires individuals to do their part to change the world by living their values and acting on them every day. She supports Evergreen’s goal of creating a sustainable world by enabling flourishing cities. Her love of animals led to becoming a Board Member with Humane Canada™ in 2015. Anne lives in Toronto with her three best friends: husband Andy, son Garrett and golden retriever Finn. 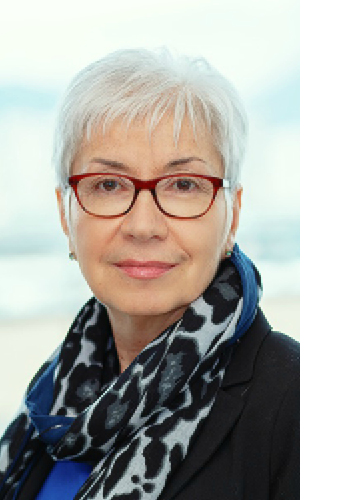 Cindy has a strong background and knowledge of animal welfare as a long-term volunteer with the BC SPCA. As past President and Board member of the BC SPCA, Cindy has a proven track record in board leadership and governance. She chaired the Governance Review Committee and the Advocacy Committee and is particularly proud of that group’s successful End Animal Cruelty campaign, which ultimately saw increased protection for abused and neglected animals through new cruelty legislation enacted by the BC government. Cindy’s background also includes leadership roles in corporate and non-profit settings, with strength in implementing strategic plans and programs and building collaborative relationships with various stakeholder groups. Cindy recently retired and lives in Nanaimo with her two cats Lily and Jasper.  She volunteers with the Nanaimo BC SPCA on their fundraising committee. Cindy is a dedicated champion for homeless cats, recognizing that there is still much work to do in educating society about the value of the cat as an animal companion. 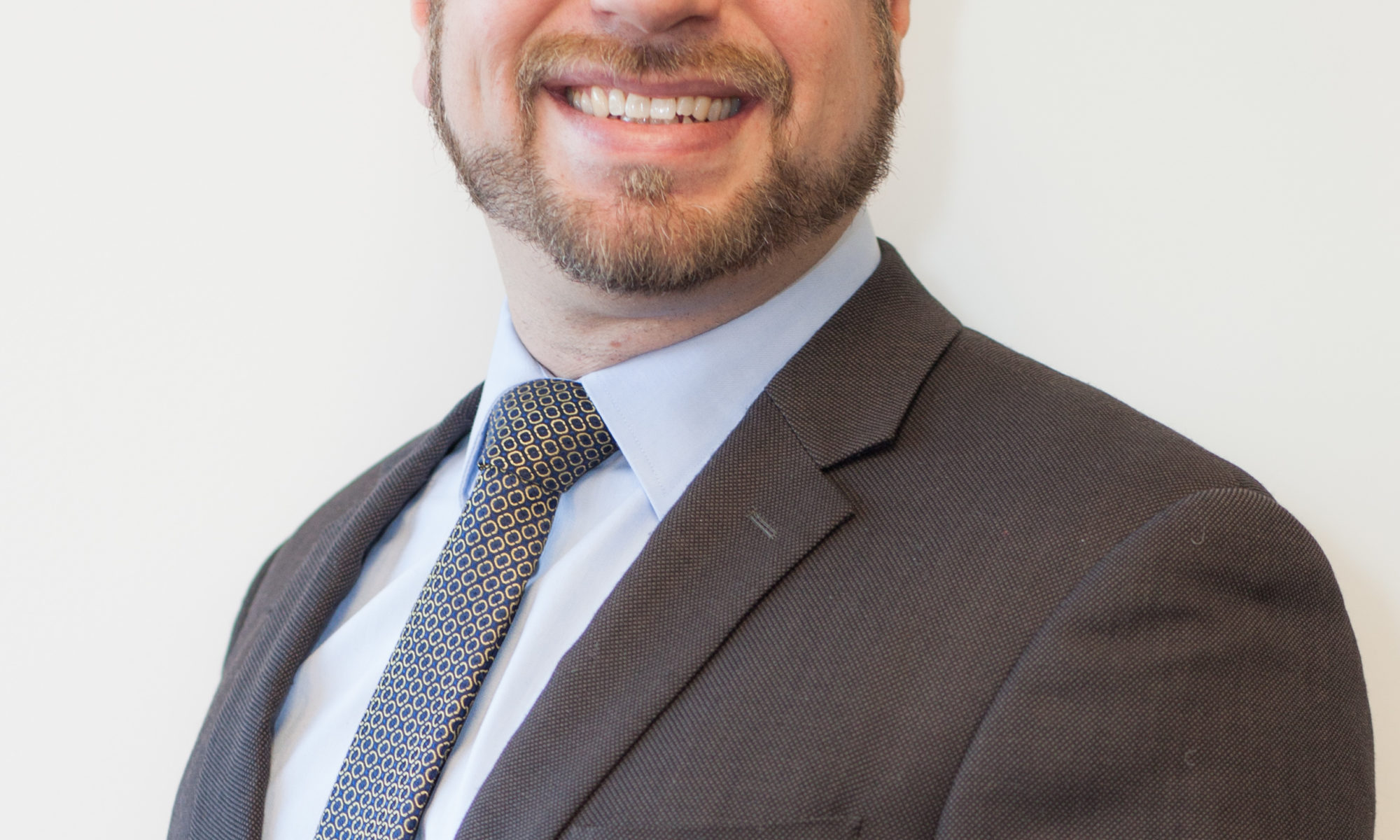 Rob Rosenfeld, Vice President – National Capital Region and Corporate Communications for Morneau Shepell works with a wide variety of clients to help increase the quality of mental health and wellness support offered to their employees. Prior to joining Morneau Shepell, he worked for the Government of Canada, where he held senior posts in the offices of the Ministers of Science and Veterans Affairs. He has years of experience working in advocacy and public affairs, including on behalf of research universities, the International Fund for Animal Welfare and telecommunications and high-tech firms. Rob is passionate about working to improve understanding and support for those impacted by mental health issues and is proud to work with Humane Canada on the intersection between animal welfare and mental health. 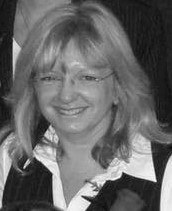 Karen McGeean is the Director of Marketing & Development for the Fredericton SPCA in Fredericton, NB. Karen has known since she was young that animals were her passion, and after graduating from University with a degree in Psychology and Sociology, she pursued her love of animals by volunteering and being employed in the Animal Welfare community for over 28 years.  Her roles ranged from fundraising, newsletter writing, volunteering, Board experience, fostering and being an adoptive mom to a variety of special needs cats.

Karen has served as a Board member on two animal welfare organizations in the capacity of Vice-President, which allowed her to see both sides of the animal business.  She has also worked in the customer service industry for over 30 years, including working as the Deployment Co-ordinator at the Military Family Resource Center in Toronto where she led programs that helped families of deployed members with the separation and stresses of a military lifestyle.

Currently, she is working to increase awareness of companion animal issues and cat overpopulation, while seeking out new creative ways to raise money in a tight economy in Atlantic Canada. Karen lives outside of Fredericton, New Brunswick with her husband Steve and a plethora of special needs cats on their rural property where they enjoy the wildlife that visits their backyard. 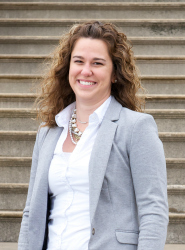 Adrienne McBride is the Executive Director of the Guelph Humane Society (GHS). She is a lawyer whose passion for animals led her to a career path in animal sheltering and advocacy. She brings more than 10 years of experience in animal welfare to the role, as well as a keen understanding of the not-for-profit sector and community partnerships. Adrienne joined the GHS during a transitioning phase – a time when employee morale was low and shelter productivity was down. Her can-do attitude and unique approach to motivating her team has been crucial to the GHS’ continued success – building a better, brighter future for both the staff and the animals in their community. Adrienne thoroughly enjoys animal advocacy and believes strongly that we can create policies and partnerships that benefit both animals and people alike. Adrienne completed an Honours degree in Media Studies and a diploma in Journalism through the University of Guelph-Humber, graduating with distinction. She earned her law degree (LL.B.) at the University of Ottawa in 2010. While studying law, she held internships with the Ontario Racing Commission and Humane Canada™ and was called to the Bar in Ontario in 2011. Prior to joining the Guelph Humane Society, Adrienne worked for Smith Valeriote Law Firm in Guelph. Originally from Toronto, she, along with her husband, their 2 children, 2 dogs and 2 cats, now call Fergus, Ontario home. 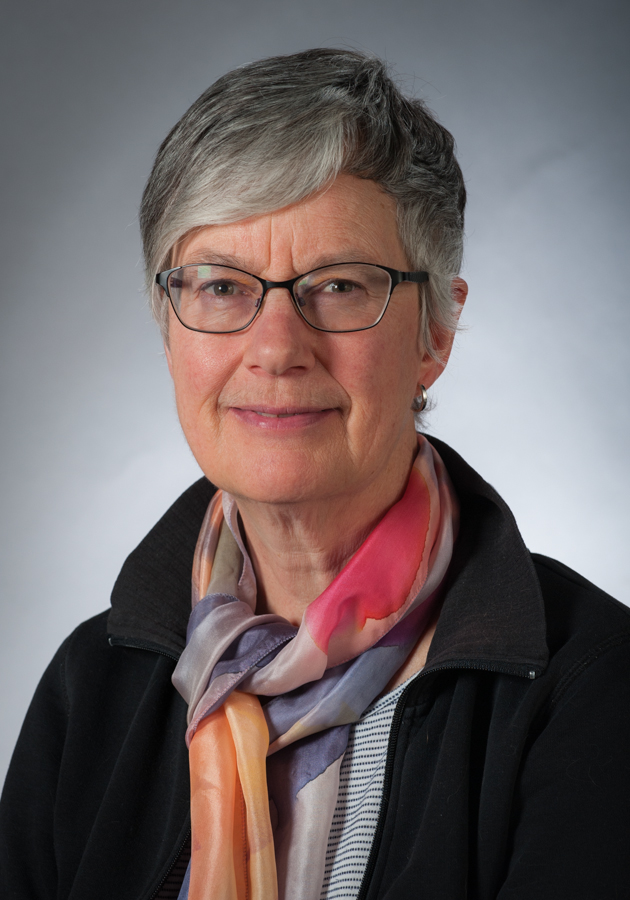 Following graduation in 1982 from the Ontario Veterinary College (OVC) at the University of Guelph, Dr. Alice Crook worked in small animal practice and then as an anesthetist at OVC and, subsequently, at the Atlantic Veterinary College (AVC) at the University of Prince Edward Island. From 1995 until her recent retirement, Dr. Crook’s main focus has been animal welfare through her position as Coordinator of the Sir James Dunn Animal Welfare Centre at AVC. She was affiliated with the Animal Welfare Committee of the Canadian Veterinary Medical Association (CVMA) for many years, including three years as Chair of the Committee, and is a past-president of the Board of the Animal Welfare Foundation of Canada. Her particular interests are pain management in companion and farm animals, animal cruelty legislation, feral cat welfare and effective veterinary response to animal abuse. Dr. Crook wrote a bi-monthly column for many years on issues of animal health and welfare in the Canadian magazine Chatelaine. She has won several awards for her work to improve the welfare of animals, including the 2002 CVMA Humane Award, a Queen’s Golden Jubilee Medal in 2003, the 2004 Frederic A. McGrand Award for Lifetime Leadership in Animal Welfare from Humane Canada™, the 2009 CVMA President’s Award, the 2013 PEIVMA Leadership Award and a 2018 World Veterinary Association Animal Welfare Award.